These are the spoiler-free vids!

Silent Hill 2 is a survival horror game released by Konami in 2001, and was the first game to kill the Silent Hill franchise - this time by not being a direct sequel to Silent Hill 1. (Silent Hill fans have always been weird with saying every sequel has 'killed' the franchise...)

It's about James Sunderland, a sad guy who is trying to meet up with his wife in Silent Hill. Problem is, his wife has been dead for 3 years, which really puts a damper on this whole date they have planned. Not to mention that there's monsters, corpses, and fog all over the town, too. Why has James been called to this town? What's with all these scary things in it? Who's that pointy-headed guy? Let's find out!

This is an informative/humorous, spoiler-free, subtitled Let's Play. The other thread/LP has voiced, spoiler-heavy versions of these videos. For more info about it, please watch this video. I also spent a lot of time working on it and I think it looks pretty cool, so consider giving it a look for that reason, too.

If you're reading this, you probably already know what Silent Hill 2 is, so I'll spare the deets. We're here to discuss the symbolism and themes of the game in this thread/LP while the spoiler-free LP is going on in the other thread! This thread is where the "Nerd Commentary" versions of the regular LP's vids are going to be. In them, Kamoc and I will be discussing symbolism and spoilers on top of the footage I'm using for the non-spoiler LP. In this thread, feel free to post theories, cool ideas, rants and raves, discussion and explanations about SH2. They don't go in the other thread unless you're an innocent who's speculating and doesn't know what's going on up in there. Feel free to spoil everything you want about the games in here. For example: James killed Mary. There, just like that. 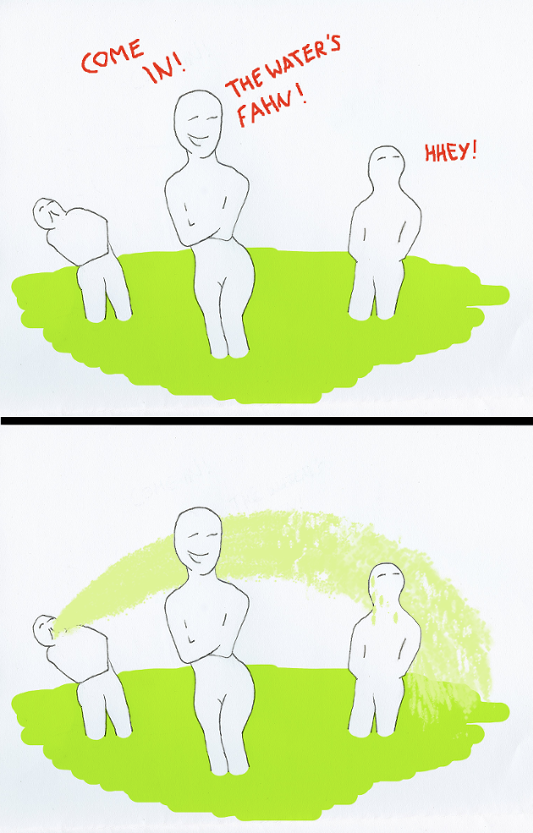 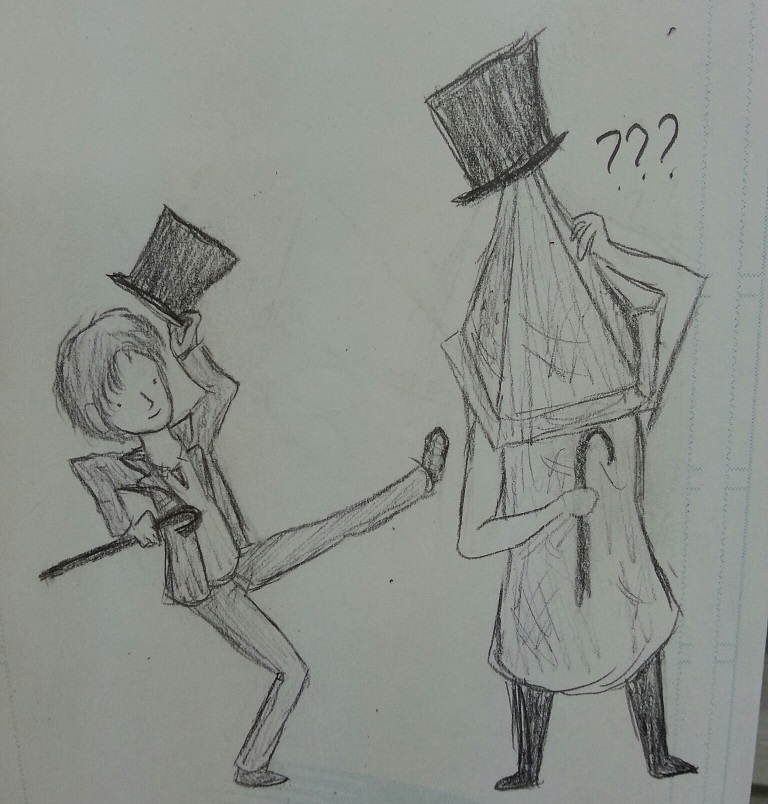 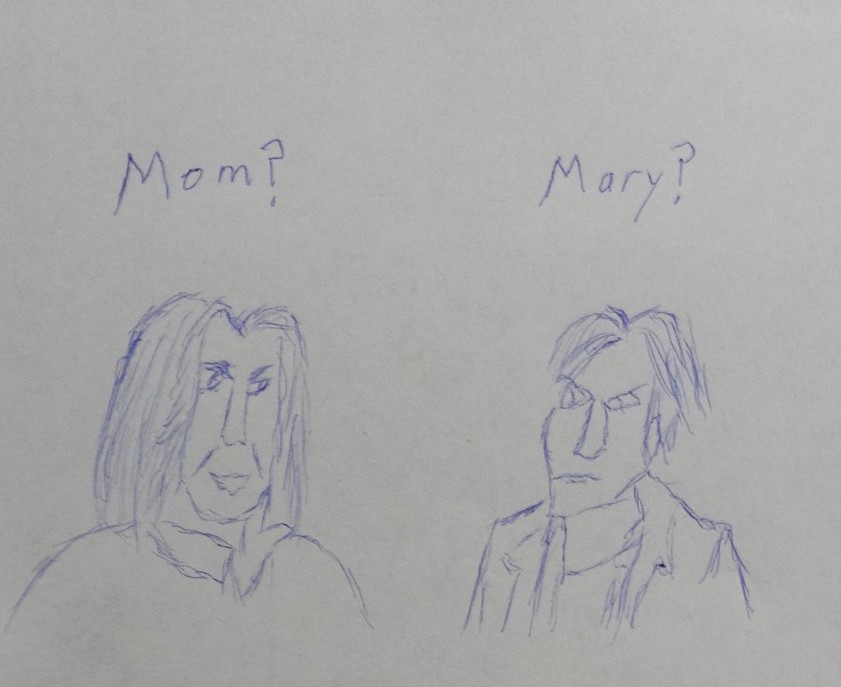 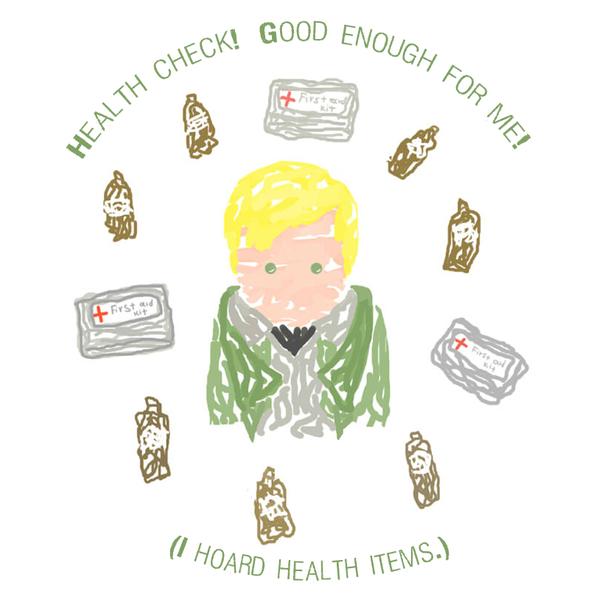 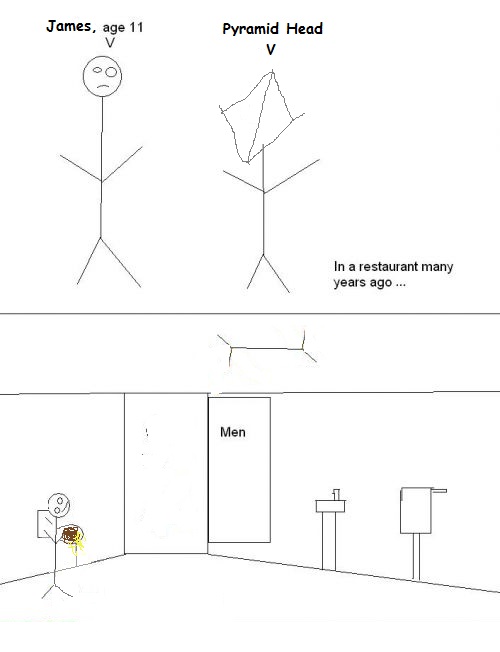 @cabeleb:
"Pyramid Head's shoes were wet after trudging through the flooded stairs so he's takin a little break" 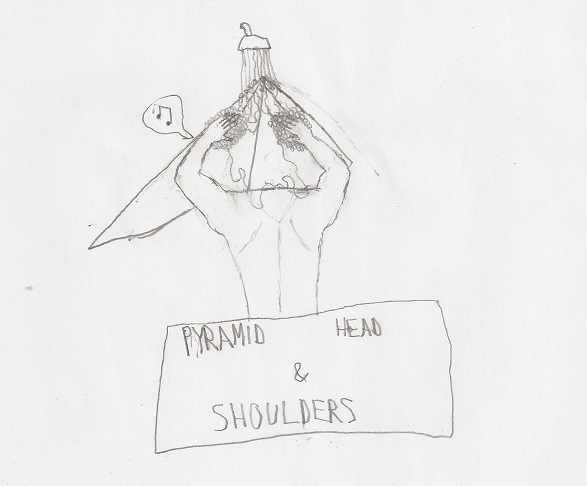 ThatPazuzu (in honor of the thread coming back from hiatus): 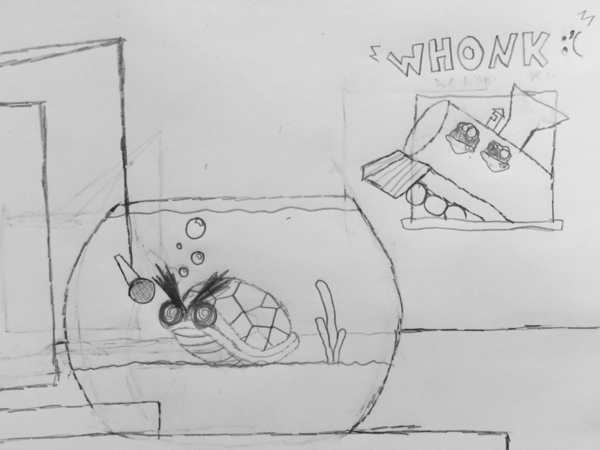 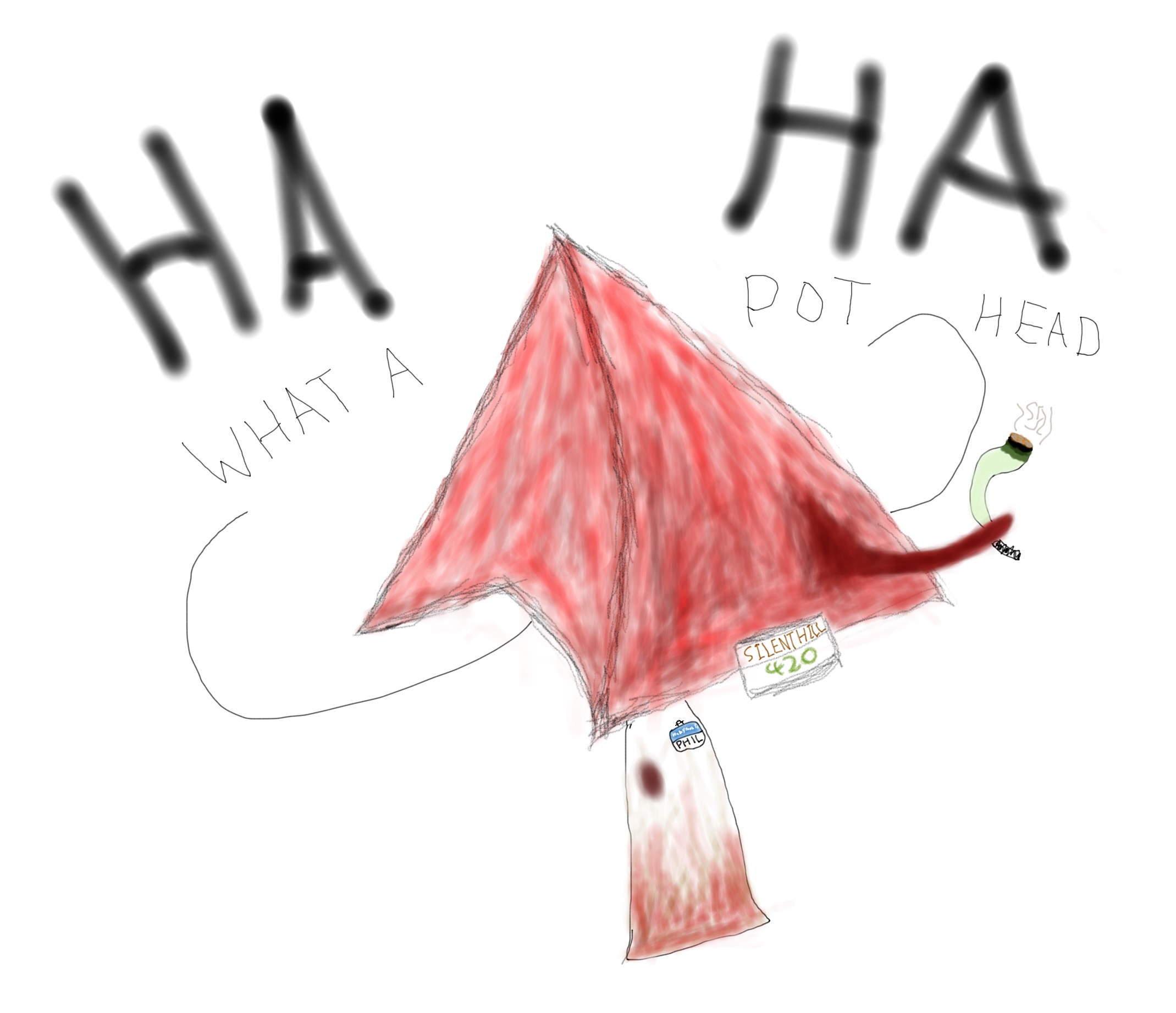 Bored:
"Just felt the need to say that a silent hill kitty would be all butthole, all the time." 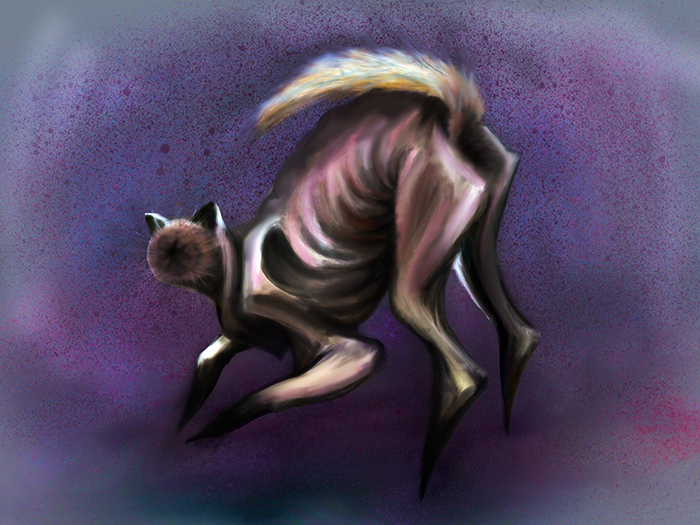 They do look strange. With unusual coloration, noted 'hissing, burping' cry, and striking face; it's easy to see why so many look upon this breed with fear and contempt. An attitude evident in the many nicknames for the Silent Hillcat: 'Hellcat', 'ButtKitten', 'Shitkitty'...

Beneath that thin, patchy coat is a constant companion for any who would open their hearts and homes to love.

A living mystery
Noted breeder, Ernst Hackit of Brahms is credited with developing this unique feline. Though his estate vehemently denies any involvement. All we know is that a lot of emotion went into these cats, who appeared suddenly in our shrubs and back alleys 'almost overnight'.

Tackled by love
Ever playful, the Silent Hillcat is 'aggressively affectionate'. You will quickly learn it's game of leaping up, giving your leg a quick 'hug and nip', and quickly running back into hiding. They sometimes land on your shoulder, to rub their loving face on your cheek and neck.

Naturally robust and healthy
The Silent Hill Animal Clinic sees hundreds of pets each year. They report that they have never treated a Silent Hillcat for any of the digestive maladies that bedevil so many other breeds. Nothing can keep the Silent Hellcat from it's 'duties'.
When questioned about vaccinations, veterinarians reply, "Please don't bring them in", Proving the Silent Hillcat to be almost maintenance free.

A constant companion
Few animals cleave so closely to their owners side as the Silent Hillcat, or to such pronounced effect on them.
Once you have been 'selected as her pet human', you will have a constant companion, anywhere you go.
Some owners report they have heard their pet's voice follow them into slumber. A familiar sound through even their darkest nightmares.

Already waiting for you
Why keep them waiting? If you can find room in your heart and home; room for love, room for affection, room for companionship; then open your home to a Silent Hillcat right now.
There's no need to drive to the animal shelter. A simple treat of meat and some blood will quickly bring one, or more of these feisty felines into your life. 
>edit: I guess I should explain myself. I'm learning to write advertising copy and this became my 'quick practice item' for the day.
This was too much fun. I have my own headcannon for these things now. Origin story, attack patterns, what areas you would find them in... 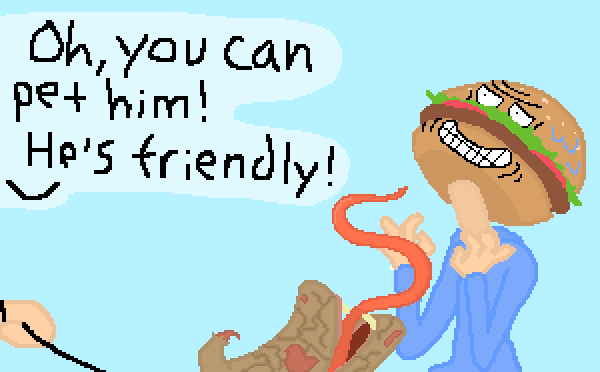